These Primulas are all related and evoke childhood memories of playing in hedgerows and The Common in springtime, near my home in rural Buckinghamshire.

They work well in the garden, planted next to a hedge, in a border or wildflower area, or even in pots.

The picture above shows the Oxlip (Primula elatior), a now-rare plant with large pale yellow flowers, which smell of apricot. Oxlips were traditionally used to treat coughs and rheumatism. This plant is sadly classified as threatened in Britain. 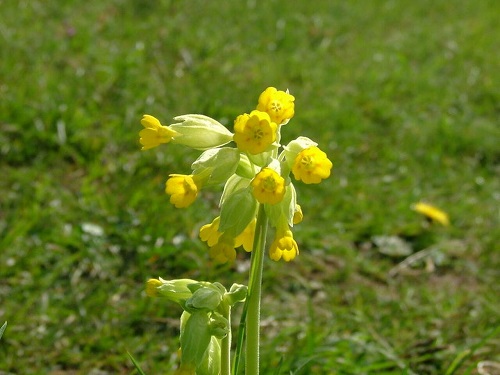 This photo shows the Cowslip (Primula veris), which has tall, lemon-yellow flowers which are highly fragrant. Once widespread across Britain, the list of local common names is extensive, including Cooslop; Cow Slap; Milk Maidens; Tisty-Tosty; Palsy Wort; St Peter's Herb; Paigle; Fairy Cups. The shape of the pendant flowers resembles a bunch of keys and it is a tradition that carrying a bunch of Cowslips will help one find treasure. With the spread of Christianity, the plant became associated with St Peter, as the Key Bearer and the Virgin Mary. 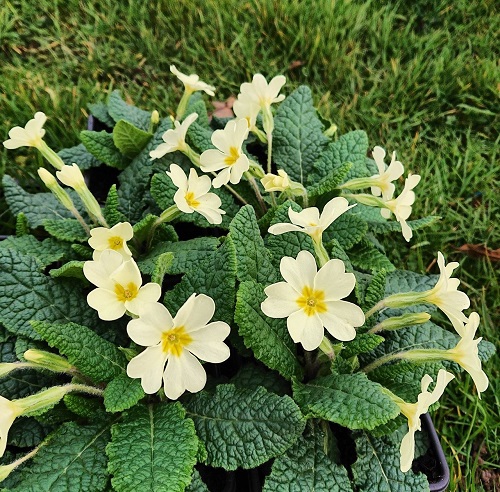 The final picture is of the Primrose (Primula vulgaris). Not to be confused with the cultivated varieties of primrose available, this is the native version found in hedgerows and woods across the country and can be used as an indicator of ancient woodland. The name Primrose is thought to derive from the Latin for 'first' (prima) 'rose' (rosa).

All three are excellent for providing early food for pollinators, when little else is available to them in early spring.

View all our Primulas here.